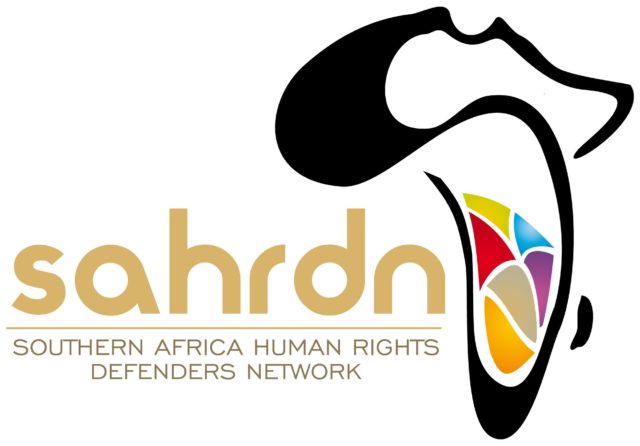 SAHRDN, a coalition of Southern African HRDs organisations delivered the petitions to the Embassy of Tanzania and the South African embassy for onward transmission to President Jacob Zuma, who is the Chairperson of SADC.

Through the petition, which has been endorsed by more than 100 organisations and individuals, SAHRDN noted with grave concern the deterioration in the human rights situation in the SADC region and which escalated with the recent arbitrary arrest and detention of 13 people including lawyers and activists, after law enforcement agents raided a meeting they were attending in the capital Dar es Salaam last week.

These 13 people are from Tanzania, South Africa and Uganda, and include lawyers who were attending a legal consultation organised by the Community Health Services and Advocacy (CHESA) and the Initiative for Strategic Litigation in Africa (ISLA). The purpose of the  legal consultations were in respect of a  case which CHESA and ISLA intend to file before the Tanzanian courts to challenge the Tanzanian government’s decision to impose some limitations and discontinue the provision of some health services.

SAHRDN together with other African human rights defenders and beyond consider the arrest and detention of the 13 people as an attempt to stifle freedom of expression, assembly and association as guaranteed in the Tanzanian Constitution and is an abuse of laws by the Tanzanian authorities.

More worrying is the arrest and detention of lawyers which appear to be a concerted effort to prevent legal practitioners from taking on cases and representing their clients without interference.

We consider the arrest and detention of the HRDs in Tanzania as judicial harassment through levying of criminal charges, which is clearly aimed at intimidating human rights defenders and diverting attention away from their human rights work.

As a network committed to fostering a culture of human rights and respect for the rule of law in Southern Africa, we urge the Tanzanian authorities to appreciate that freedom and independence of the legal profession is an essential component for the proper functioning of the rule of law in any democracy.

SAHRDN reminds all SADC governments to uphold and guarantee the civil and political and socio-economic rights guaranteed of SADC citizens as provided under the African Charter on Human and People’s Rights as well as the various Constitutions of SADC members.

HISTORY AND BACKGROUND OF SAHRDN

The establishment of a network that creates a platform for the collective protection of Human Rights Defenders (HRDs) in Southern Africa was on the agenda for over a decade. After several initiatives by HRDs in the region, the dream finally became a reality on 22 February 2013 when the operational framework of the Southern Africa Human Rights Defenders Network (SAHRDN) was finalised. An interim leadership structure consisting of the International Commission of Jurists (ICJ) as the Chair and the Truth and Reconciliation Centre (TRC) as the Vice-Chair of the Network has been set up, while Zimbabwe Lawyers for Human Rights houses the Secretariat of the Network.