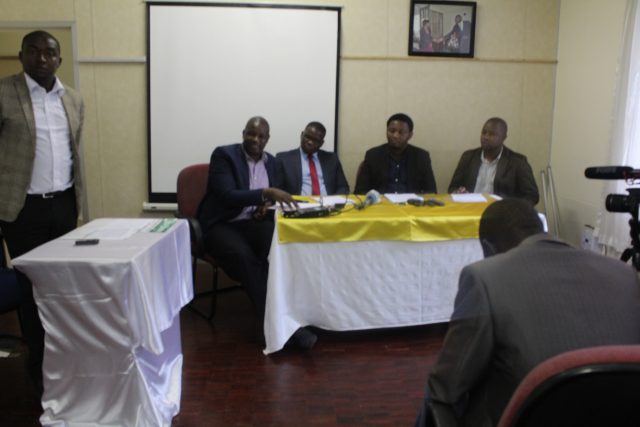 The Civil Society Health Emergency Response Coordinating Committee (CSHERCC) expresses its deep concern at recent reports of an outbreak of typhoid in some parts of Harare and emerging trends showing the spread of the disease to other suburbs of Harare and some parts of the country such as Mutare. The outbreak of waterborne diseases such as typhoid and cholera is not a new phenomenon with outbreaks repetitively recorded in most rainy seasons in the past decade resulting in deaths and serious illnesses of thousands of people at given times. Typhoid, cholera and other related water-borne diseases are now considered ‘historical’ as they are largely preventable. There should not be cases of outbreak, anywhere in the country, today. The reported cases of typhoid, of 2 deaths and over 132 cases, thus represent a clear failure on the part of government to uphold its constitutional obligations.

It is acknowledged that since the first publicly reported case of typhoid on 28 December 2016, various efforts at central government and local authority level have been made to contain the suspected cases of typhoid and curtail its spread to wider areas. However, what is quite clear is that such efforts have not been enough to curtail the spread of the preventable water-borne disease. Whilst government and the local authorities have announced conservative figures of confirmed cases of typhoid, alternative information gathered from community health monitors reveal a problem on the increase against a background of denial or, at least, lack of public acknowledgement of the extent of the problem by the state. Given the information at hand, it is critical that we call upon the state through all relevant agencies to firstly acknowledge the existence of a wider problem, and secondly to robustly respond to the cases of typhoid before the problem reaches unsustainable levels.

The latest cases of typhoid are not isolated incidents, with a historical trend dating back to as far back as 2008 when more than 90 000 cholera cases (WHO,2009) were reported and more than 3 500 recorded as a result of an out-break. The problem must therefore be understood in terms of a systemic failure by the State to decisively deal with a known problem. The repetitive nature of the outbreaks of typhoid and other waterborne diseases is a result of failure on the part of the state through the central government and local authorities to plan adequately and anticipate the outbreak of such diseases every season. The key drivers of the outbreak of typhoid are known and have been repeatedly highlighted in the past years. These include the erratic supplies of clean water in most urban communities, the supply of contaminated water, and failure to attend to the leaking of raw sewage into the environment. It is common knowledge that cholera and typhoid epidemics thrive in areas that lack clean water and have no proper sanitation. It is the responsibility of government to formulate and implement short-term and long-term solutions to the endless problems of lack of clean water and adequate sanitation.

We further wish to highlight that the outbreak in Mbare which hosts the country’s biggest bus terminus makes it difficult to contain the spread of the disease and presents a potential national outbreak. This calls for immediate action by both the City of Harare and the Government to contain the outbreak.

The Constitution places an obligation on the State to guarantee rights of persons to safe, clean and potable water [section 77], the right to a clean environment, [Section 73] and the right to healthcare [Section 76]. It is therefore imperative that the Government takes these rights seriously and uphold the fundamental obligations contained in the supreme law of the land. Zimbabwe is also obliged to respect its obligations to guarantee these social rights as stipulated in the numerous international human rights instruments it has voluntarily ratified such as the African Charter on Human and Peoples’ Rights and the United Nations International Covenant on Economic Social and Cultural Rights.

We, the Civil Society Health Emergency Response Coordinating Committee therefore make the following recommendations to address, in the short term the current typhoid outbreak, and more long term, the implementation of a sustainable plan to prevent recurrences in future: