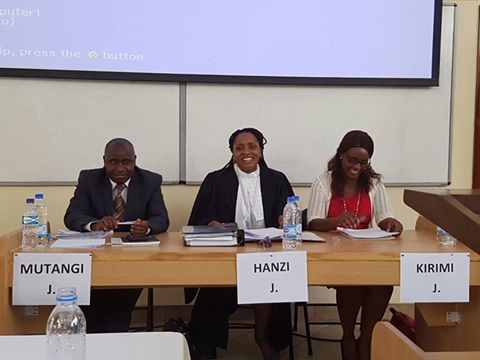 We were honoured and delighted to have taken part in proceedings held on Saturday 29 October 2016 during the first ever Moot Court competition on Statelessness in Africa by law students held at University of Zimbabwe and organised by the United Nations High Commission for Refugees Zimbabwe Office.

ZLHR Acting Director Rose Hanzi, ZLHR member Dr Tarisai Mutangi were part of the Judges together with Esther Kirimi, a protection officer at UNHCR while ZLHR Programmes Manager Dzimbabwe Chimbga, who is also a law lecturer at UZ was the Director of Ceremonies.

Also seen in the pictures are UZ Acting Dean Professor Julie Stewart and the winners and runners up of the Moot Court competition.

Congratulations to the winners and the runners up.

At ZLHR, we are in support of UNHCR’s #IBELONG campaign aimed at ending statelessness. #ZLHR@20

Long Wait for Determination of Challenge of Zupco Monopoly